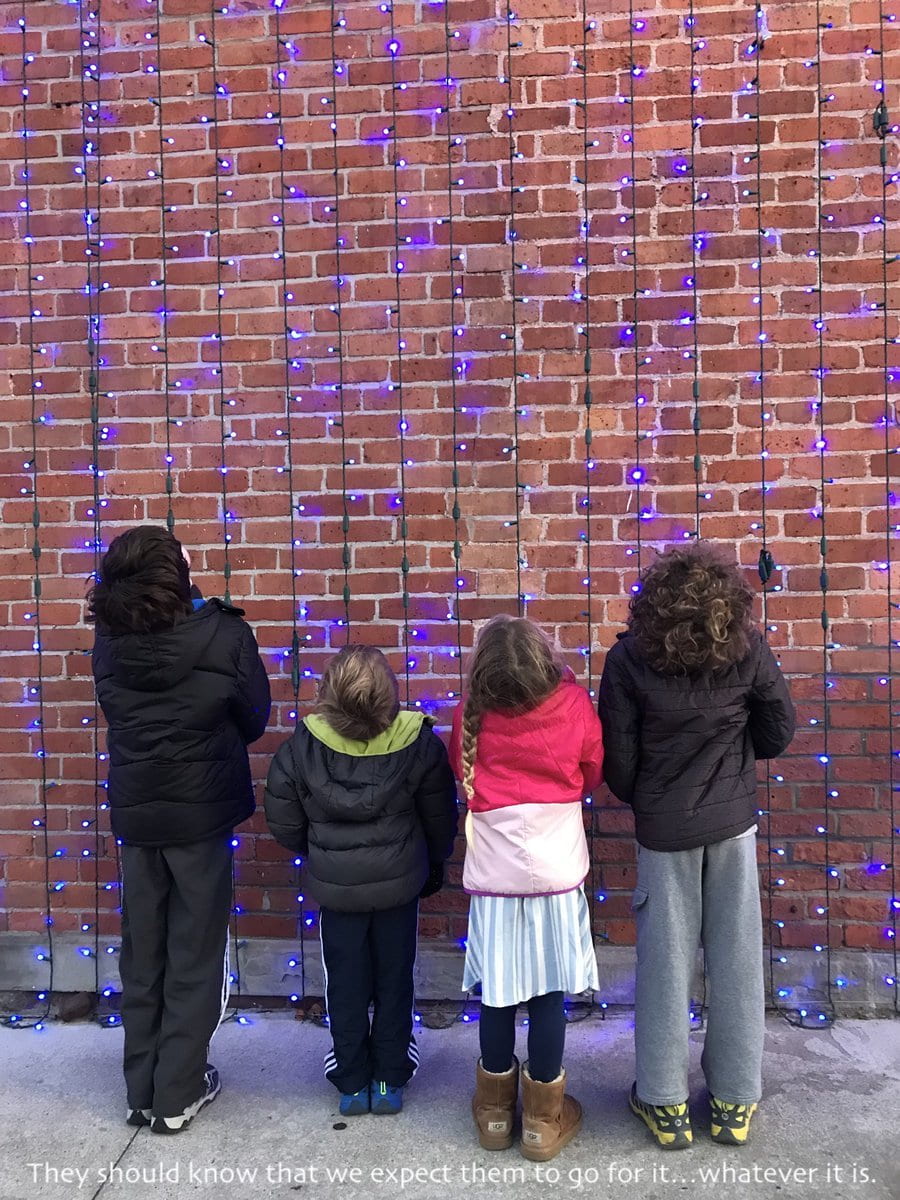 We were headed out the door to an event at the synagogue.  Of course, our five year old was wearing his pirate outfit.  It’s a good one.  There’s the lengthy, leathery foundational top coat laden with the silky, frilly accouterments you might see on the uniform of a real fake pirate.  Also, there was a right-sized sword hanging from the loop in his velvety belt.  To his credit, the sword was the centerpiece of the outfit.  Unfortunately, we simply don’t wear swords to the synagogue.  It’s just not done.

I reminded him.  He brushed past me without acknowledging the reminder.  I called his name.  He didn’t look back.  He marched to the car grasping the sword hilt with one hand, bound and determine to keep the outfit intact.  I smiled in the light of his determination.  He’s strong-willed like his mother (and possibly his father, too).  It could serve him well some day. Off we went.

When we arrived at our destination I told him that the sword wasn’t leaving the truck with us.  He took a deep breath, he executed a precise and overt slumping of the shoulders, and then he sighed.  After an especially moving dramatic pause, and with a distant, forlorn look in his eyes, he said, “Everyone will think I’m just a painter.”

I smiled again, trying unsuccessfully to hide it from him.  He broke the fourth wall and reflexively smiled back before quickly regaining his footing.

Despite his best efforts, the possibly misconceived sword-less pirate and would-be a painter, his giggling sister and I walked into the synagogue.

The idea of “what everyone thinks” is complicate.  It’s difficult to decipher, it seems really important until we understand that it’s not, and it’s almost always relatively concrete until it falls apart under the weight of self-realization.

That is to say, we don’t really know “what every thinks” or is going to think, “everyone’s” thinking is typically set on a foundation of our own thinking (and projecting), and what others think of us (real or imagined) doesn’t change who we are or set our course in nearly as profound a way as does our own thinking.  Sometimes we think it does, but it doesn’t.

In other words, it really didn’t matter if  everyone thought the kid was “just a painter?”  He was a pirate. He knew it.  The trick was convincing him of that “father knows best” nonsense.

At first I thought to espouse the high qualities of painters, thinking I could initiate a paradigm shift that might comfort and instill a sense of pride in him.  Painters are creative, they have sensitivities that connect them to the world in wonderful ways, they generate beautiful works that drive imagination and spur innovation from those inspired by their shared thinking, and so on.

I stopped short of enacting that reflexive societal instinct.  I wasn’t going to ask the pirate to pretend he was painter.  I shouldn’t.  I couldn’t.

Fight yourself to work at becoming a thing you think “everyone else” sees you as or want’s you to be.  Try it.  Actually, I’m guessing that at one time or another you have. I would contend the core of a person is simply too strong to refuse, at least while keeping the person intact.  Whenever I’ve attempted to veer from my truest path I’ve been turned back, as if by gravity itself.

There are many kids of painters and also assortment of pirates, I would guess.  We can certainly learn and we can undoubtedly grow.  We shift and we change in many ways over time.  However, I would suggest that we are each something at the center.  A pirate, a painter, or possibly something else.

Children should be allowed and encouraged to get messy figuring out what’s at the heart of the matter for them.  They should try things on and see how they fit.  We should help them understand that a full and balanced life comes along with some seemingly limiting expectations (like no swords in the synagogue), but that they must push forward from a foundation of self awareness, resilience, power and pride. They should know that we expect them to go for it…whatever it is.