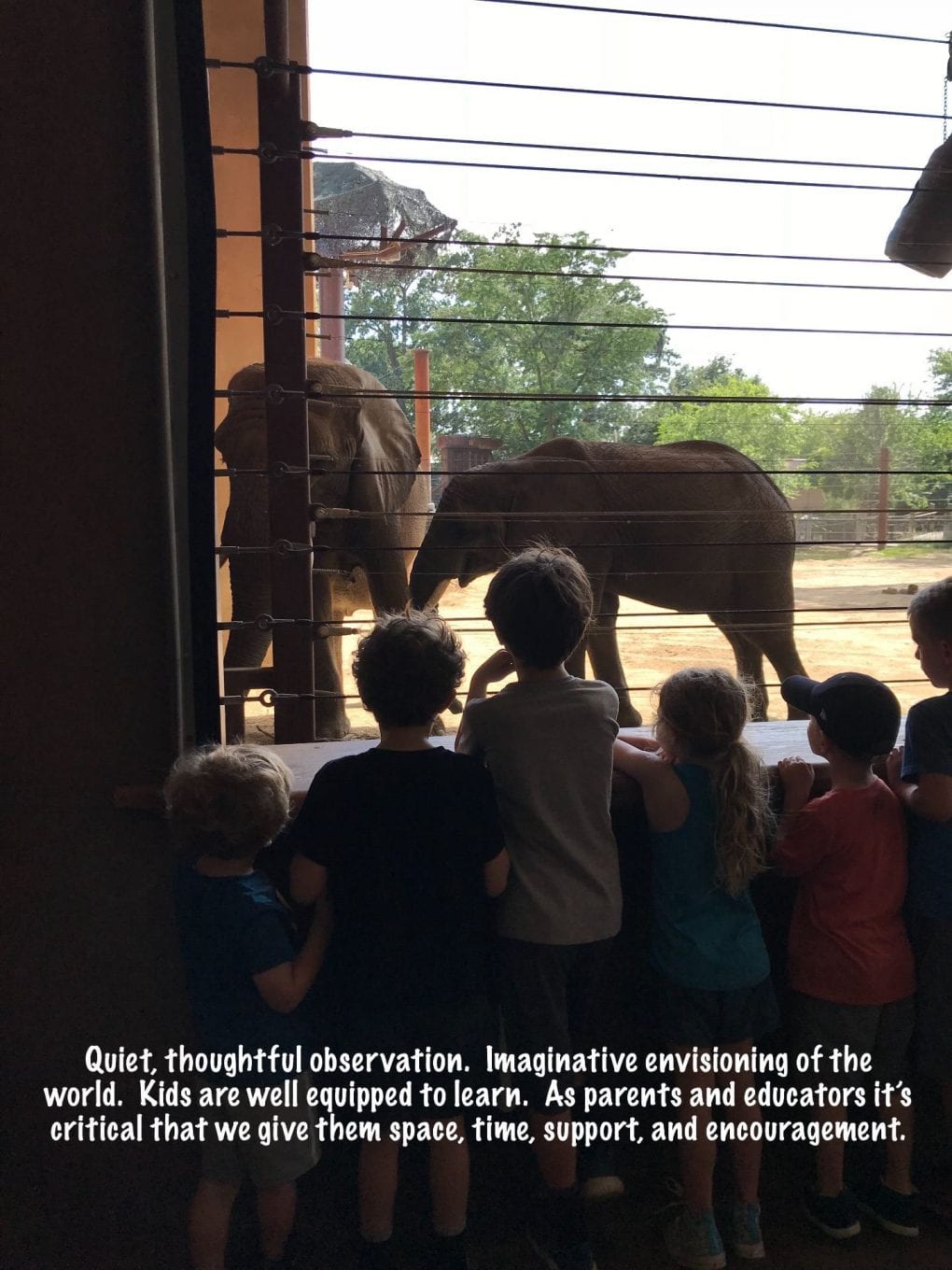 This kid says lots of interesting things.  I get it, he’s spent much of this life observing three older siblings, a mom and a dad, and the world around him, quietly, patiently, and with a curious, reflective look on his face.

Each of our kids have just under a two year gap between them and the next, so they seem to relate on many levels.  They play together well.  They argue, fuss, and fight well.  They share solid and deep love and a bunch of joyful moments with one another. Well.

This one, though, is just young enough that he does a bit more watching than the others.  The others are usually entangled.  He’s in the mix much of the time, but sometimes he’s not.  My wife and I speculate that “out of the mix” watching has given him a unique perspective on things.  We speculate further that it could be at least a part of the foundation of his fascinating, uniquely articulate ways.

Quiet, thoughtful observation might just lead to joyful learning and growth.  Who knew?

Anyway, as I mentioned, the big fella’s new phrase is, “Wait, what the what?”

He says it when he’s looking to dig deeper.  It’s an exploration catalyst.

“The daddy seahorse has the babies.”

“Looks like some ripe, red tomatoes are ready to be picked in the garden!”

You get it.  He utters this signature phrase and comes running to question, explore, examine, celebrate, and marvel in the wonders of the world as they unfold before and around him.  It’s build in.  It seems to be built in to all of them.

The 9-year-old is an explorer as well.  He’s an explorer of the world in a bit of a different way.  His explorations fold almost seamlessly into his imagination.

Sometimes he seems lost in thought.  I’ll ask how he’s doing.  He’ll tell me he’s fine, and that he’s imagining that dinosaurs exist.  It’s fun for me to see him lost in the world of his imagination.  I’m a dreamer, too.

I was at his curriculum night this week.  Each kid posted a display of places they had been during the summer.  They labeled sticky notes with a location and drew landscapes on a grid under the sticky notes.  Each sticky note could be lifted up to reveal the landscape.  There were about ten spaces in the grid.  Most of his were current, existing places.  He listed Mackinac Island, Kalahrai, The Adventure Park, The Sleeping Bear Dunes, etc.

Then, I came across the sticky note that read, “Pangea.”  I lifted it.  Dinosaurs. He drew and colored a likeness of his exploration of a place in which dinosaurs exist.  He did so as a representation of a place he’d visited this summer.  Dreamer.

Imaginative envisioning of the world might just lead to joyful learning and growth.  Who knew?

When I met the 9-year-old’s teacher this week she greeted me with her arms tucked in and her hands wiggling around.  She told me she was practicing her T-Rex arms so that she could communicate with my kid.  She only just met him.  I almost cried.  He is going to spend this school year learning and growing with a teacher who’s genuinely interested in knowing him and supporting his unique pathway.  He’s spending his days with a person who’s excited that he’s a dreamer.  She seems like one, too.  My heart is filled with gratitude.

Let’s find the balance.  Let’s go with the flow.  Let’s always remember the joy.  Let’s rely on one another to accept every challenge as a chance on behalf of our students we serve.