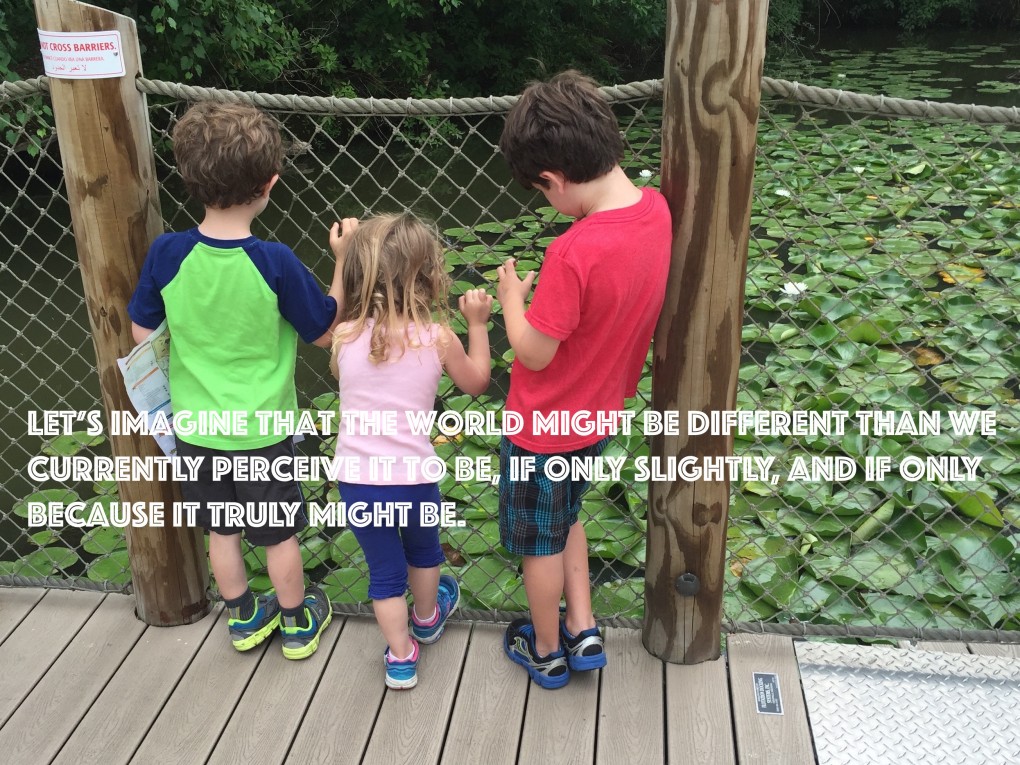 I heard the most fascinating story yesterday through an interview of a fifty four year old woman, Kim, who self-discovered her Asperger’s Syndrome and then got a brief glimpse into a world in which it didn’t stifle her ability to read social cues.

Researchers exploring a method called transcranial magnetic stimulation (TMS) showed Kim a video. In the video a woman answered her door to find a man standing on the other side with a bag filled with DVD cases. The man handed the bag to the woman and said, “Here are the DVDs you lent to Roger,” followed by, “He asked me to return them to you.”

The man suggested that the woman take a look in the bag and examine the state of the DVDs. She did. She opened each one to find that nothing was inside. The bag was filled with empty DVD cases. After a few moments the man asked, “Is everything alright?”

The woman replied, “Oh yes, everything is just fine.”

The man then asked, “Would you be willing to let Roger borrow your DVDs again?”

Kim reported that after watching this interaction she was very impressed and somewhat surprised by the woman’s reaction. She told the interviewer that she thought the woman in the video was uniquely forgiving and generous.

Then came the TMS. The researchers delivered a series of precisely targeted magnetic pulses into Kim’s brain with the aim of stimulating key areas in the hopes that it would enhance her ability to read social cues, a standard reported deficit in people with Asperger’s Syndrome. Kim recounted that it did. She told the interviewer that she was shocked upon watching the same video again after the TMS treatment.

The woman in the video did not seem forgiving or generous this time. In fact, she was clearly upset. Kim described high levels of sarcasm in the woman’s responses that she could not detect previously.

When the woman said, “Oh yes, everything is just fine,” she meant, “No, everything is not alright…can’t you see that Roger has taken all of my DVDs?”

When she said, “Absolutely…without hesitation,” she meant, “Not in a million years!”

Kim was stunned. In that moment she realized that she had been moving through the world with a blindness of sorts. She thought about her inability to maintain positive relationships and her confusion over the same. She expressed relief in finally understanding that her interactions with people have been marked by a distinct inability to recognize “appropriateness” in communication.

She talked specifically about kindness. She expressed a profound shift in thinking about it. She realized that when people are unkind to one another it’s not necessarily because they’re mean people. She thought about the possibility of a primary source of unkindness and that the unkindness itself could be a side effect.

She recalled being bullied as a child and instantly forgave the perpetrators, suggesting that they may have simply been trying to bond with one another, not fully (or even partially) understanding the impact their bonding had on her.

Through TMS Kim had but a momentary glimpse into a world in which she could recognize, understand, and interpret social cues. The effects were not lasting. Furthermore, the researchers cautioned that the treatment remains unreliable for this application. They strongly warned against its clinical use expressing that a tremendous amount of research and exploration lies between these experiments and a practical, safe application…if one should ever come to be at all.

Kim expressed that she’s not disappointed. She told the interviewer that the experience, while brief, was momentous and profound. She said that it left her with a critically important view of a world that has always been acutely confusing.

Kim is a successful physician with a thriving practice. She’s achieved much in her life so far and is only part way along her journey. However, she’s consistently been on the outside of what most of us seem to understand as acceptable social norms.

Well meaning and kind, Kim has struggled significantly to build and maintain relationships. By bravely risking what I can only imagine would be a terrifying paradigm shift, she now knows a bit more about why.

Kim’s experience has me wondering about how I see and function. Is my worldview the same as yours? Is each of ours different? As we try to communicate with one another, how often do we miss the mark? How about the people we serve? What within our daily messaging is well received by students, parents, colleagues, spouses, kids, friends? What is misperceived and subsequently potentially damaging?

I can only conclude that exploratory leaps of faith with open minds, while scary, are very likely boons of positive progress. What if I’m not hearing what I think I’m hearing when I hear it? What if I’m not saying what I think I’m saying when I say it? If perception is reality…what if we each perceive the world in a unique way? Even if slightly, imagine the ripple effect and the impact on relationships.

I believe that the great majority of people are driven by kind hearts and hope for positive pathways. I think that incorporating a mantra of acceptance not fully knowing stuff with the connected act of consistently seeking to enhance my knowledge might help deepen my understanding of the social world in which I live and my productivity within relationships as a result.

My aim is true but I’ve seen that even the softest wind can shift the pathway straightest arrow. I’m amazed by Kim and truly grateful for having had the opportunity to see through her lens, if only for a moment. Let’s listen really carefully to one another’s stories…it can only help advance our collective vision of a peaceful and productive planet. Let’s imagine that the world might be different than we currently perceive it to be, if only slightly, and if only because it truly might be.