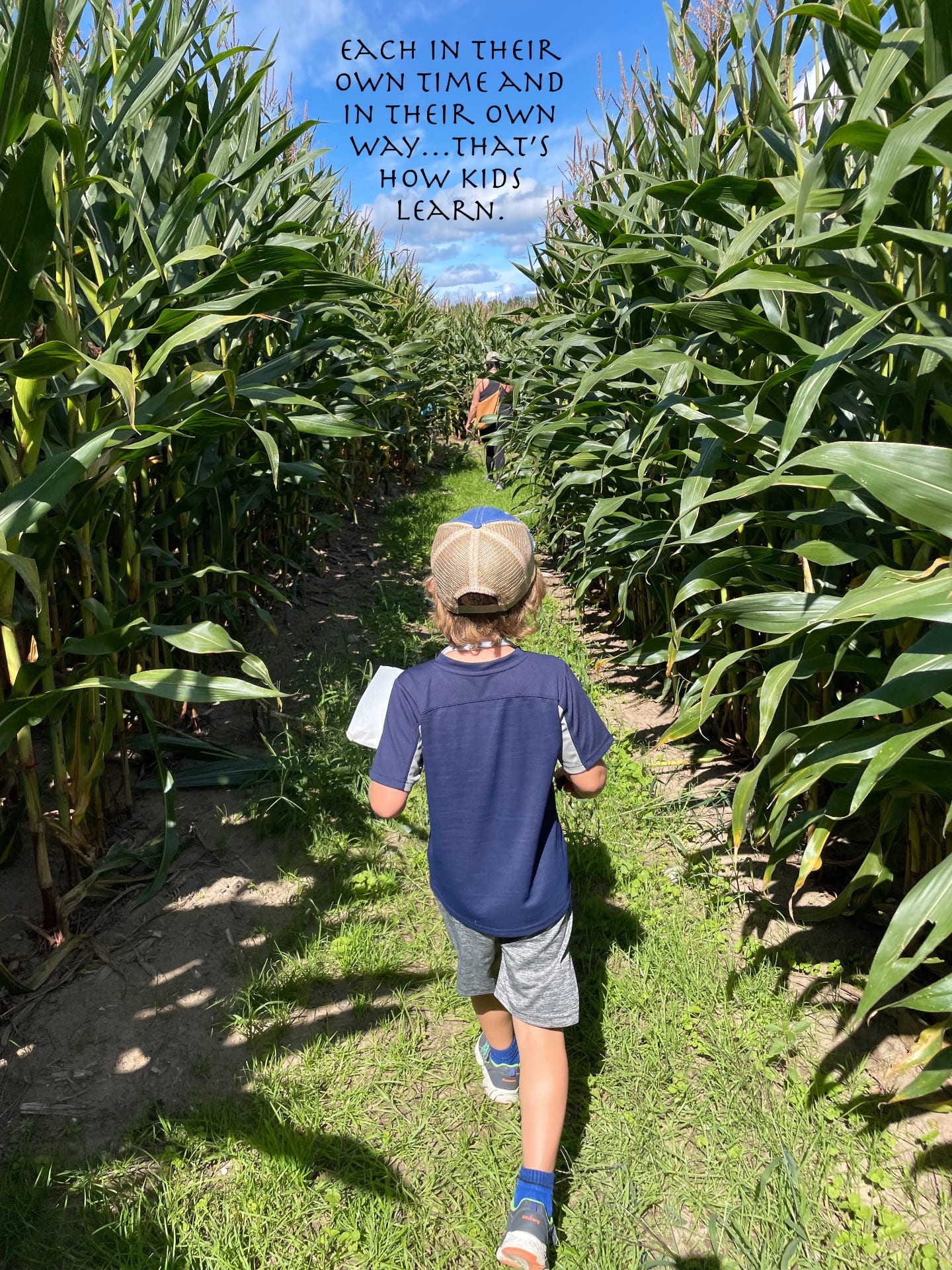 At the start of the school year it’s important to remember that we’re on a journey with each child, that learning and growth take time, that we have one another to reply on for support and collaboration, and that there is no “right” path, but rather, that we have to navigate the twists and turns with an eye on how they impact each of us and how they impact each of the kids we serve.

Our youngest child had his first soccer practice this week. Each of our four kids have played, or is currently playing recreational soccer. It’s been a wonderful way to get them engaged in a collaborative space, it’s helped develop social and problem solving skills, it’s perpetuated the strengthening of courage and character, and it’s been fun. Each of our three older kids seemed excited to sign up from the earliest discussions. This one was reluctant.

We’d see him running in the yard and point out how fast he was. We’d watch him kicking the ball around with his siblings and express all kinds of excitement and awe over his “incredible soccer skills!” We’d point out the joy we saw him experiencing when he was playing in informal settings. Eventually he acquiesced. We got him signed up.

At the start of practice he barely moved. I introduced him to the coach. He responded to a brief line of questioning with some pretty subtle head nods and stood almost motionless on the field while the majority of the other 6-year-olds tossed and twisted around like little kids do. He was the only one wearing a mask. I told him he could take it off. He told me that he didn’t want people to see his face. The coach was running practice games. He pretty much stood still for the first 10-15 minutes. It was a slow start.

I was supportive. I didn’t redirect him by shouting from the sidelines. When he looked over I smiled and gave him a thumbs up, truly not knowing if that was the “right” things to do. Eventually, he began to move slowly, pushing the ball around the field with minimal force and very little enthusiasm. Then there was more, and in time even more, until he was almost fully engaged in a game of soccer freeze tag. I could see he was starting to enjoy himself and that he was appreciating being at practice.

Then the scrimmage began. Still wearing the mask, he decided to try his hand at goalie. Right off the bat the other team scored. My heart sank. I thought that would be the end of it. When he looked over I gave him another thumbs up and a few encouraging claps. He slowly crept out of the goalie position and moved up to forward. I was hanging on for dear life, hoping for a miracle.

The whistle sounded, the kids pounced on the ball, and he came out with it in front of him. He ran, he kicked, he out maneuvered the defense, he made his way to the net with the ball still in front of him, he shot…he scored!

Kids called his name, they cheered, they gave him high fives…thank goodness! The next time he looked over at me I gave him another thumbs up, some more encouraging claps, and once again I motioned that he could take his mask off. This time he did. Low and behold, when he did, there was really big, genuine smile underneath it.

Each in their own time and in their own way…that’s how kids learn. As parents and educators it’s our job to provide them with information, opportunities, grace and guidance. We don’t always get it “right,” and sometimes the love we have for our kids drives us to want to move learning along faster that it wants to move along. We should give ourselves grace, too…after all, we’re doing the best we can.

The beginning of a new school year can be as stressful as it is exciting. Patents and educators need to stay connected, exhaust every dialogue, trust one another and remember that we are in it together for the kids. With patience and intentionality, each of them will get to where they need to be, in their own time.

Every child is unique and every step is meaningful. There is no “right way” or “right time,” there is only seeking to understand one another and each child as an individual, digging deep into their unique personalities and needs, and doing our best to help them find joy and balance in every every moment. Its a journey.

Now I have to find a way to help the kid understand that it’s not only about scoring goals. But that’s for another day. We’ll enjoy this moment for a while. One step at a time.