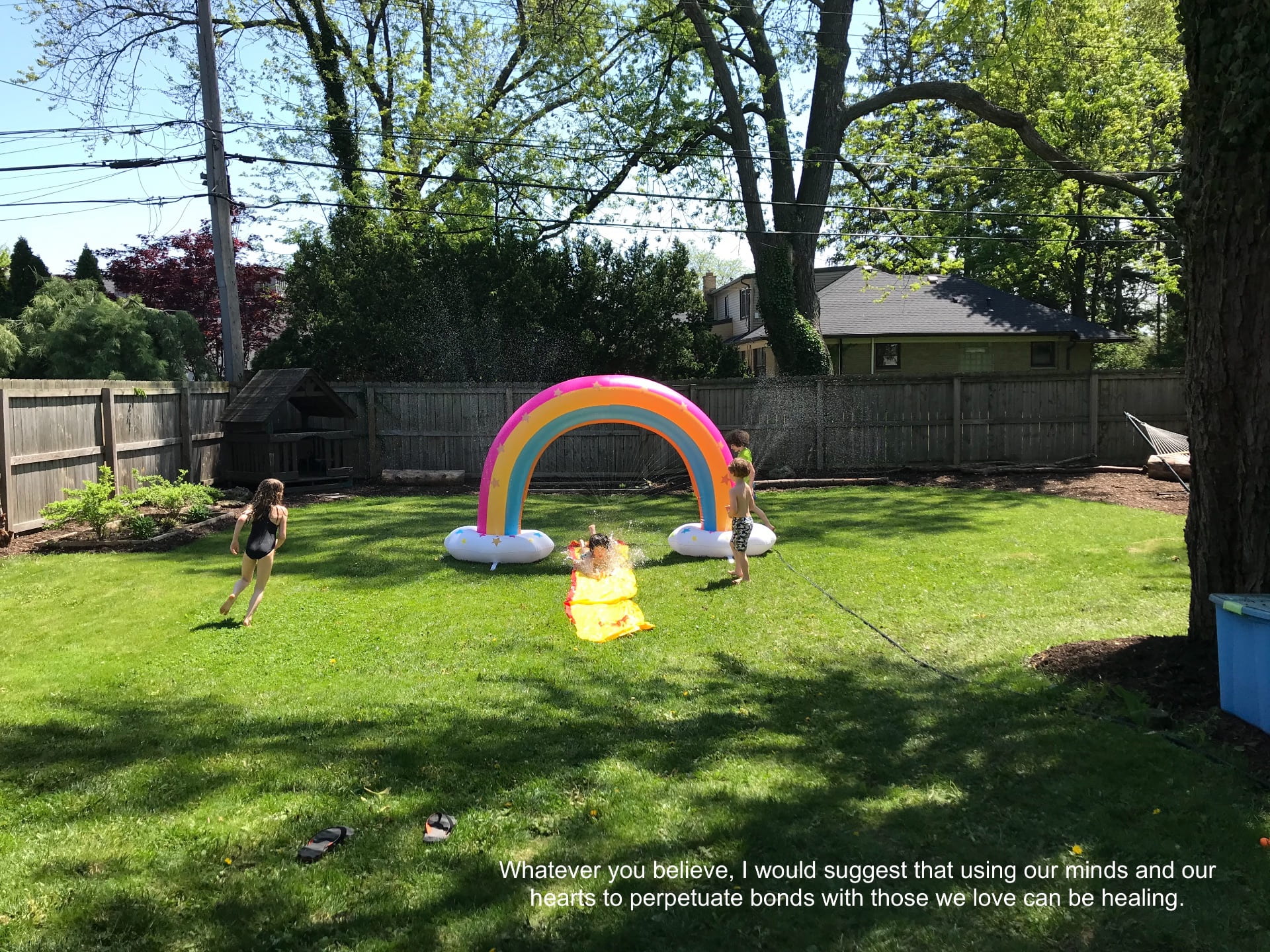 I was at the park with our youngest son, recently.  We were taking about the farm that we plan to build together, one day.  It will be called, “The Buddy Farm.”

His brothers and his sister, his mother, his aunts and uncles, and his cousins will all work a the farm. This is the plan.

We sat, leaned back on the side of a hill, looking up at the sky through a canopy of trees. It was a beautiful day. A string of moments, essentially standing still.

As we lay there, soaking it in, he spoke of getting older. He told me he wanted to build “The Buddy Farm” because he wan’t going to get married or have a family.

He told me that his plan was to live with me forever.

He assured me it was unlikely, but even so, even if he were to fall in love and have a family, he was still going to live with me forever.

He went on to inform me that if he did have kids, his brothers and his sister would be their uncles and their aunt, and that I would be there grandfather.

Then it happened. As if he realized it just then, as if he was verifying it for himself, he told me that when he becomes a grandfather I will probably have passed.

While difficult to hear, I could see that it was most likely true.

He looked at me with inquisitive eyes, as if to clarify.

I agreed with a smile and a nod.

I told him that would probably one the case, and I did my best to conceal the pang of pain that ran through every molecule of my essence, though I’m guessing it showed in some form, somewhere on my face.

He looked at me for another moment before leaning back and turning his eyes to the sky. In a patience, contemplative tone, he declared, “I will miss you.”

I thought, I will miss you too, Buddy, and my heart did something so profound and powerful that I can’t exactly explain it. I was uplifted and deeply sorrowful at exactly the same time.

I left myself for an instant. Thinking of my boy every having to miss me is among the most intense images I can produce.

He shifted over to rest his head in the crook of my arm, and there we lay, together, for some time, not having to miss one another yet.

It got me thinking. There are people in my life who I am not near to at this moment. They haven’t passed, but I am simply not in proximity to them. I don’t miss them. Instead, I feel their presence.

Maybe that’s because I know I could see them, talk to them, and touch them if I wanted to. Or maybe it’s because when our connectedness isn’t based on a physical, but an emotional plane. I’d like to believe that. I do believe that.

I believe, whether we’re present, far from one another, or even passed, we can use our minds and our heart to connected with one another.

As I think about “lost” loved ones on this Memorial Day weekend, I take comfort in the feelings of connectedness I have.

Something inside of me believes that the connectedness exists for them, too.

Whatever you believe, I would suggest that using our minds and our hearts to perpetuate bonds with those we love can be healing.

At the very least, I believe it isn’t hurtful to try. Sometimes uplifting and sorrowful at exactly the same time, but not hurtful.