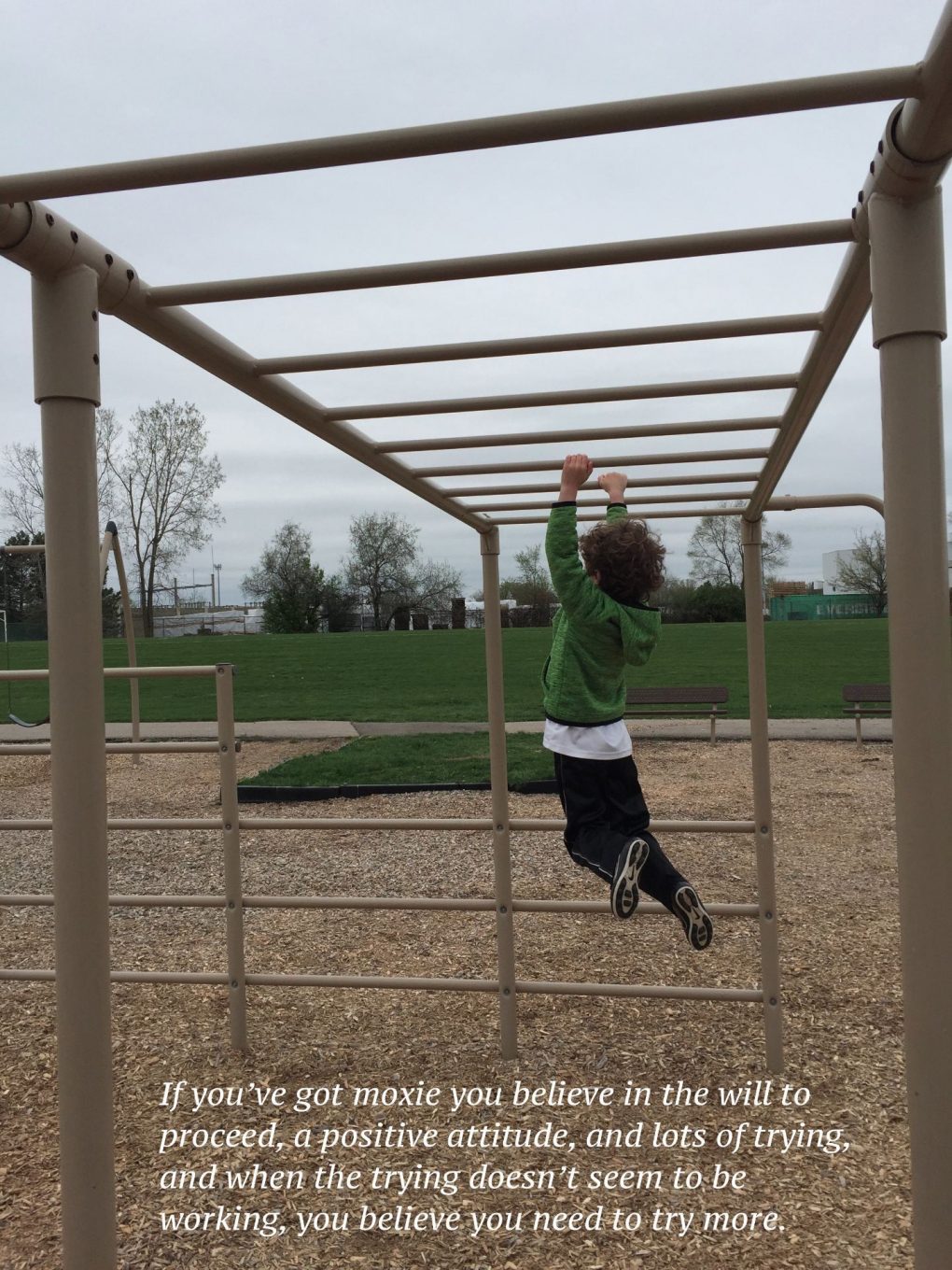 So much is so scary. The world can be a relatively difficult place to navigate at times. This is true for people of all ages. At 43 I’m still not immune to hesitation, trepidation, and even fear.

Sometimes those emotional responses to challenging situations can stop me in my tracks. Sometimes, however, I overcome and persevere. Sometime I employ moxie.

Moxie is a word that means: strength of character. It means: determination. It means: courage.

If you’ve got moxie, you have a growth mindset, which means you can’t be stopped, not by an emotional response to a challenging situation, and ultimately, not by anything.

People with moxie, even as they hesitate from time to time (which we all do), are eager to press on, even and especially when times are tough.  They know that it makes them stronger.

People with moxie shudder with anticipation when they stand at the edge of an adventure, especially the mysterious kind of adventure, during which multiple failures are preeminent.  To people with moxie, that’s the good stuff; the spice.

My two oldest sons and I go downtown to the Detroit river walk every so often. At one point along the walk there’s a stream running parallel. The stream is just wide enough not to present as un-leap-across-able, and just thin enough for kids with moxie to want to try (and to need to).  An exciting dichotomy for my kids, who have loads of moxie (some to spare you might say…no doubt they must get it from their mother).

The boys were brimming with excitement and anticipation, running back and forth, stopping at the edge, visualizing the jump, building courage, and priming their moxie pumps.

A long-bearded man with coveralls and a fishing pole walked by, saw what was going on,  and told the boys they’d never make it. He said they were too small.

Apparently that was the hammer dropping, because before I could say “wet shoes and socks” the first kid came flying across the great divide, followed closely by the second. They both did it! Just barely, but they did it nonetheless. Adrenaline rushed through their veins, they jumped for joy and hugged one another repeatedly and uncontrollably.  it was blissful.

In a flash of realization my fiver year old shouted, “That was pretty amazing!” and then matter-of-factly added, “and not so bad,” addressing the courage his moxie had him overcome, shaking his head in affirmation, raising his eyebrows, and curling his lower lip.

With out much ado they went back to hugging and jumping around before leaping over the stream at least two-dozen more times each.

People with moxie don’t let the negative infect them, they let it inspire them toward the positive, and they don’t apologize to anyone about it.

That positive bent might be my most favorite thing about moxie, which is saying a lot, because I have a lot of favorite things when it comes to moxie.

That thing, the thing the makes people with moxie believe in positive outcomes through any challenge, that thing truly inspires me, and I sure do appreciate being truly inspired!