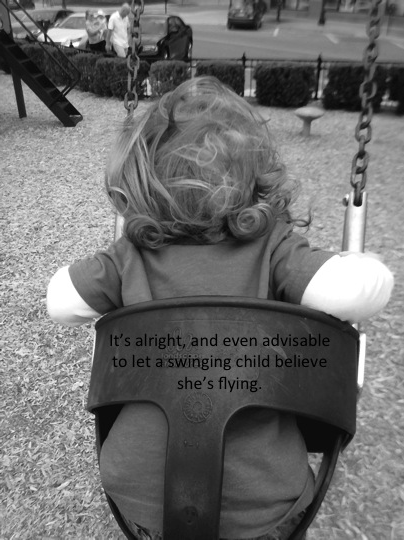 We went to a friend’s house for a BBQ last night. Between the two families we have six kids. One of our sons and their daughter are each wrapping up kindergarten. They both had a great year!

This particular son takes a minute to get used to things. It’s simply his way. Even thought his readiness was clear, the kid was hesitant when we first brought him to school (and that’s putting it mildly). Now he happily strolls into the building each morning anticipating the learning and the fun.

The process of progress was a good experience for me as an elementary school principal. As you can imagine there are plenty of five-year-olds who need support and encouragement to get started. When I work with families who go through what I went through I can sympathize. Even when you know that your child is ready to take on the significant adventure of being a kindergarten student it can be challenging to make that leap. Frankly, it may have been more challenging for me than it was for him…and that might be the standard.

Last night I was reminded that it is in fact alright to push our kids out of the nest when we know they’re ready. We were sorting pieces of bark in the tree house when my friend’s daughter turned to me and said, “Let’s play school.” That game is certainly in my wheelhouse. I was all in. Then she said, “You be the teacher and I’ll be Super Girl!” Awesome! Here we were getting ready to play school and she was preparing by imagining that she had super powers!

What is it that makes us step back when faced with substantial change? I suppose it’s a good thing that nature equips us with mechanisms for reflective thought and even hesitation. Being thoughtful and reflective helps us process and prepare. How cool that we have our imaginations to supplement that hesitation!

I wonder when it clicked for my son. When did he realize that being an independent learner at school was like being a super hero? When did the magic of Kindergarten come clear? In what ways did his wonderful teacher support and encourage him to step out, rest his little fists on his hips with his chest puffed up and his imaginary cape waving in the wind? Was there a moment that the power of independence overtook the hesitation? I imagine it unfolded over time. Actually, I watched it unfold over time. It was awesome. It was super.

If only we could truly step back into our childhood perspectives I think that we would see clearly that imagination and reality were much more closely connected than they are today. There was great power in that. As parents, educators, learners, and leaders, we should really be working hard to remember that the students we serve have incredible super powers. It’s our job to nurture, encourage, and support them as those super powers develop. To that end, we have to remember…and we have to believe!

How do you encourage and support the super powers that are ever-growing in the children you serve? Up, up and away!