The word “current” has multiple definitions.  The two that I’m thinking about might seem conflicting on the surface, but I would argue that they’re not.  In fact, that’s what I’m about to do in this reflection.

One definition implies a state of status quo, as in, “What is your current policy on formative data collection regarding reading comprehension in the primary grades?”  This definition seems to indicate that the word “current” refers to something static.  It describes what’s happening “now.”

The other definition that I’m reflecting on here seems to indicate that the same word refers to something fluid, as in, “The river’s current is uncharacteristically strong today.”  However, I would argue that these two definitions are synonymous.  Within the context of change, one could be taken to mean “now, “ and the other could be taken to mean, “then, now, and next.”  However, the more time I spend thinking about leadership and learning, the more I’ve come to understand “now” as a thing that moves as opposed to thing that stands still.

As a building principal I’m occasionally struck by the unrealistic temptation to try to solve every problem, address every challenge, and answer every call.  Sometimes I find myself fantasizing about moving mountains.  During those times I’ve lost sight of the fact that even the most powerful forces of nature take thousands of years to do it (move mountains).  The truth is that I do my best work when I take it one step at a time.  I make the greatest positive impact when I focus on understanding and flowing within the current situation.  That is, the “now.”

Aspects of that understanding and flow involve some pushing and some rocking, but the idea is grounded in that any positive progress involves a starting point and a trajectory.  We all know that change ain’t easy, and that it especially ain’t easy when it comes too fast; positive or negative in nature.

So, I say keep it current.  Work hard to understand where you are in any given moment, and then work together with those you serve to flow in, out, and between every next “now” along the path to wherever it is that you’re headed.  I have come to believe that giving ourselves license to exist within a learning and growth paradigm, tied to our mission and core values, keeps us on track for ongoing positive outcomes.  So, if you’re buying it, stay focused on the “now” but never let dust settle. 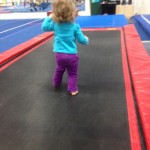