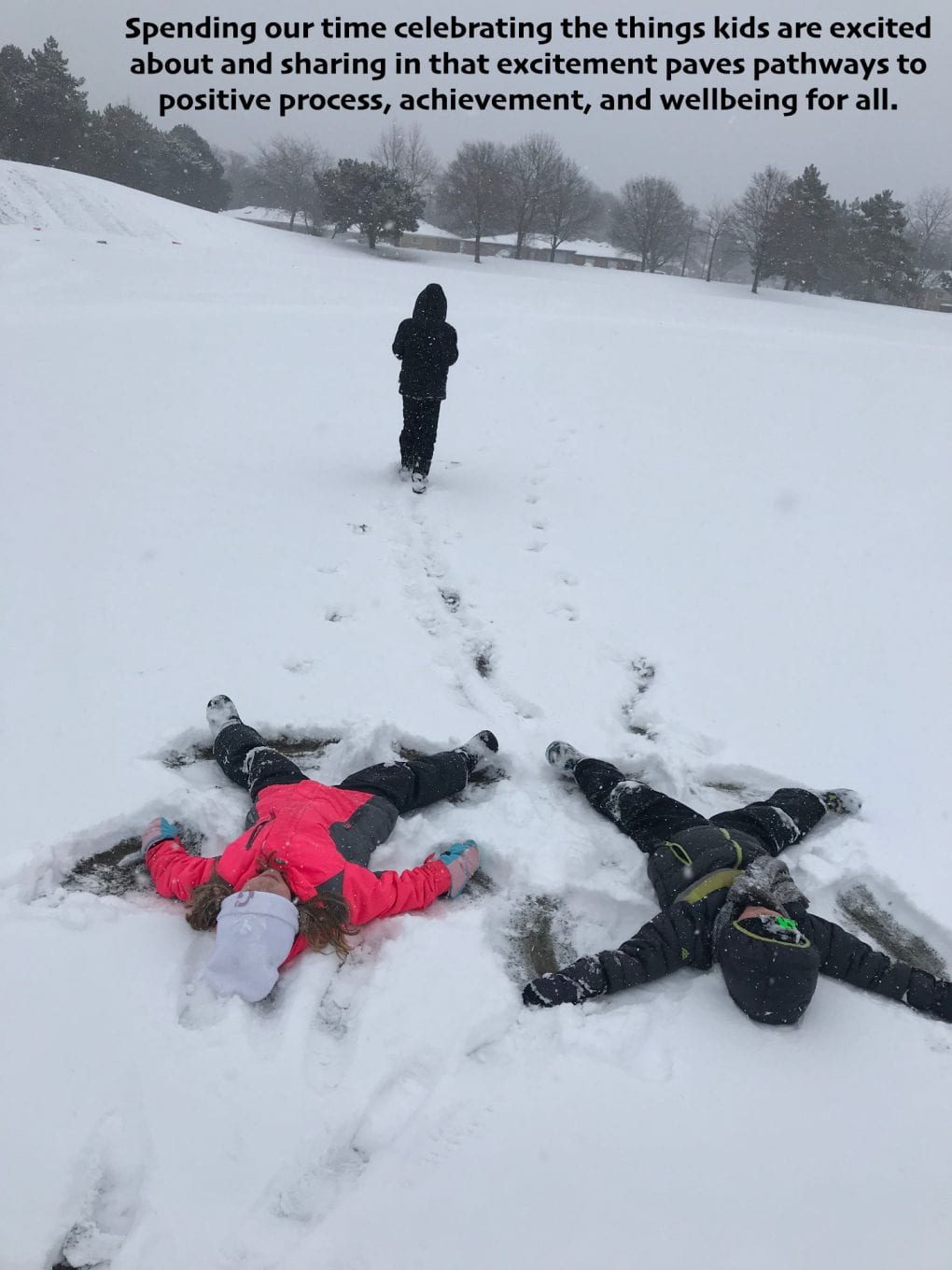 Our five year old learned a magic trick. His brother got the box set from a show we went to at school.  It had all the classics.  There was a sliding wand, some gimmick playing cards, the cups that multiply, and the plastic yellow sliding mechanism that makes a plastic coin disappear and reappear right before your very eyes!  He was fascinated with the disappearing coin trick.  I remember that one being particularly fascinating as a kid, too.

It’s awesome to witness young ones discover things for the first time.  When he saw what this thing could do it was like he was on to something that no one else knew about.  He couldn’t wait to show the world, and he wouldn’t give away the secret (because magicians simply don’t do that).

He approached me with a gigantic smile on his face.  Even though he was covering it up with the hand that didn’t have the disappearing coin trick in it, I could tell it was a smile.  This kid smiles with his eyes.

He prepped me with a wonderfully professional intro, demonstrating that the coin was real.  Then he pushed the sliding mechanism in the casing, he gave it a magic wave with his hand, and he slid it back out.  When it came out, the coin was gone.  Amazing!

His smile grew and his hand moved quickly back in front of his face.  I could still tell.  The eyes.

He turned the sliding mechanism over and slid it back into the casing.  This time, when he pulled it out the coin was there again.  How could this be possible!  My eyes lit up, his smile was evermore transfixed to his rosy, enthusiastic face, and we both reveled in the magic of the moment.

Before I could even ask about his mystical, magical secrets, he performed the trick a second time, then a third, then a fourth and a fifth, and so on.  He didn’t stop, or even pause.  He just kept going. He was a master magician.  He made that coin appear and disappear at will.  It got stuck a few times, and a few times he lost track of the orientation of the sliding mechanism and put it in the wrong way, but he quickly recovered each time.  It was a sight to behold.

After a few dozen reenactments I began wondering when it would end.  It was thrilling to be sure, but still, I might have benefitted from a bit of a break.  Before I could ask, he looked up at me (still with the smiling eyes) and said, “I could show you this all day!”

Kids have only had the lived experiences they’ve had.  Redundant but true.  The fact is, kids are making discoveries at every turn.

Think about how it feels to discover something new.

I’m forty five year old (and almost forty six, if you can believe that).  I certainly don’t know everything there is to know, but I have the basics down pretty good.

Sometimes, I make a discovery, even when I’m not trying or expecting to.  Those are my favorites.  Surprise discoveries.  Good stuff.

When a surprise discovery comes along I feel like my world has shifted.  Now a days it tends to be something about calming my mind or finding ways to balance and simplify my life. Sometimes I’m reading when it happens, I could be listening to music, or even interacting with a friend or colleague who’s discovered some secret I’ve been waiting to know.

When it happens, it feels kind of mind blowing to me.  It’s exhilarating.  I want to shout it from the mountaintops.  I want to share, I want to practice, I want to remember, and I wan to refine.  I’m in it.  I’m engaged and excited.  Just the way we want kids to be as they learn.

The thing is, kids are constantly making mind blowing discoveries because so much is new to them.  On top of that, they love sharing.  As parents and educators we need to remember how much it matters that they have opportunities to share as much as possible.

Ask anyone, it’s the connections we make with kids that make the difference, even over the information we teach them.  In fact, it seems to me if we spend more time listening than we do talking, more time learning from them instead of trying to impart our wisdom, and more time simply focused on connections when they demonstrate interest and engagement, we may may all be well served.

Connections before anything.  Spending our time celebrating the things kids are excited about and sharing in that excitement paves pathways to positive process, achievement, and wellbeing for all.