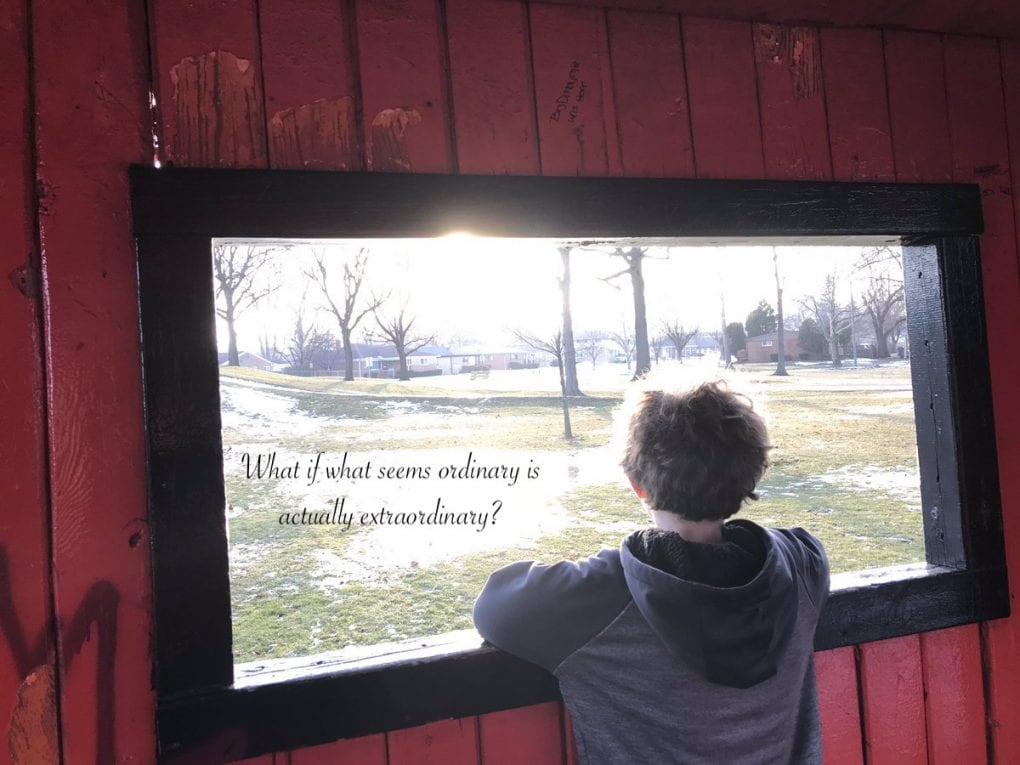 Sometimes my wife and I tell our kids that we love them as much as the moon and the stars.  Sometimes we say we love them with all our hearts.  A few days ago our youngest told me he loves me with all his moon heart.  Even better.  It kind of took my breath away.  I kept the tears at bay, and they were working hard to surface.

We’re blessed with a lot of love in our family.  Love takes many forms.  Sometimes it’s challenging and sometimes it’s flowing, graceful, and easy.  It’s certainly a treat to bare witness as our kids grow into themselves, individually and as a crew, on the foundation of the love we share.

The other day we were dropping the sister off at a play date.  She has lot’s of those.  She doesn’t have any sisters at home, so instead she has a whole bunch of friend-sisters who she loves and loves to spend time with.

On the car ride she was pushing every brother button she could push, and even finding some new ones.  The boys were justifiably beyond frustration.  One of them told her he was glad she had so many play dates.  He’s a great big brother and he loves her with all his moon heart, but he’d had enough.  I understood.

As she bounced out of her seat and through the threshold of our mini-van door she informed them that, “one day everything will change, we’ll grow up, I won’t torment you like this, and we’ll all be best friends!”  Then she stuck her tongue out, wiggled her bottom in their direction, and skipped over to join her already hoola-hooping, bubble-blowing friend sister with a huge, joyful smile on her face.

I believe part of the comfort she demonstrates in being able to go off and play so often has something to do with her comfort in knowing that home, love, and in particular…the bothers are always there for her when she returns.

I believe the truth is that she knows they’re already best friends, and that she finds sizable joy in the friendships she shares with her wonderful brothers.

This is what I believe, and within the pages of this reflective journal I’ve poured out many beliefs on the foundation of my thinking.  But friends, be careful, I recently found out that my brain is unremarkable.  So, the hundreds of pages of reflective thinking that precede this page are arguably unremarkable, too.  Please read with caution.

I was at a follow up appointment with my neurologist regarding the moment of Transcendental Global Amnesia I enjoyed in December when I got the official word.  I read the report myself.  My brain was described as “unremarkable.”  I had my suspicions but this was official and conclusive.

I told the doctor that while unsurprised I was deeply offended.  He courtesy laughed.  A nice guy.

Then he told something that didn’t compel the smarmy joke mechanism in my unremarkable brain to trigger.

He told me that sometimes scary, unsettling things happen for reasons we don’t understand before we investigate and reflect on them only to realize we’re actually alright.

Ain’t it the truth.

I sometimes yearn to be sensational.  I often look at my children and see them as exceptional.  I occasionally find myself hoping for extraordinary things to happen as I round the corners of this strange journey.