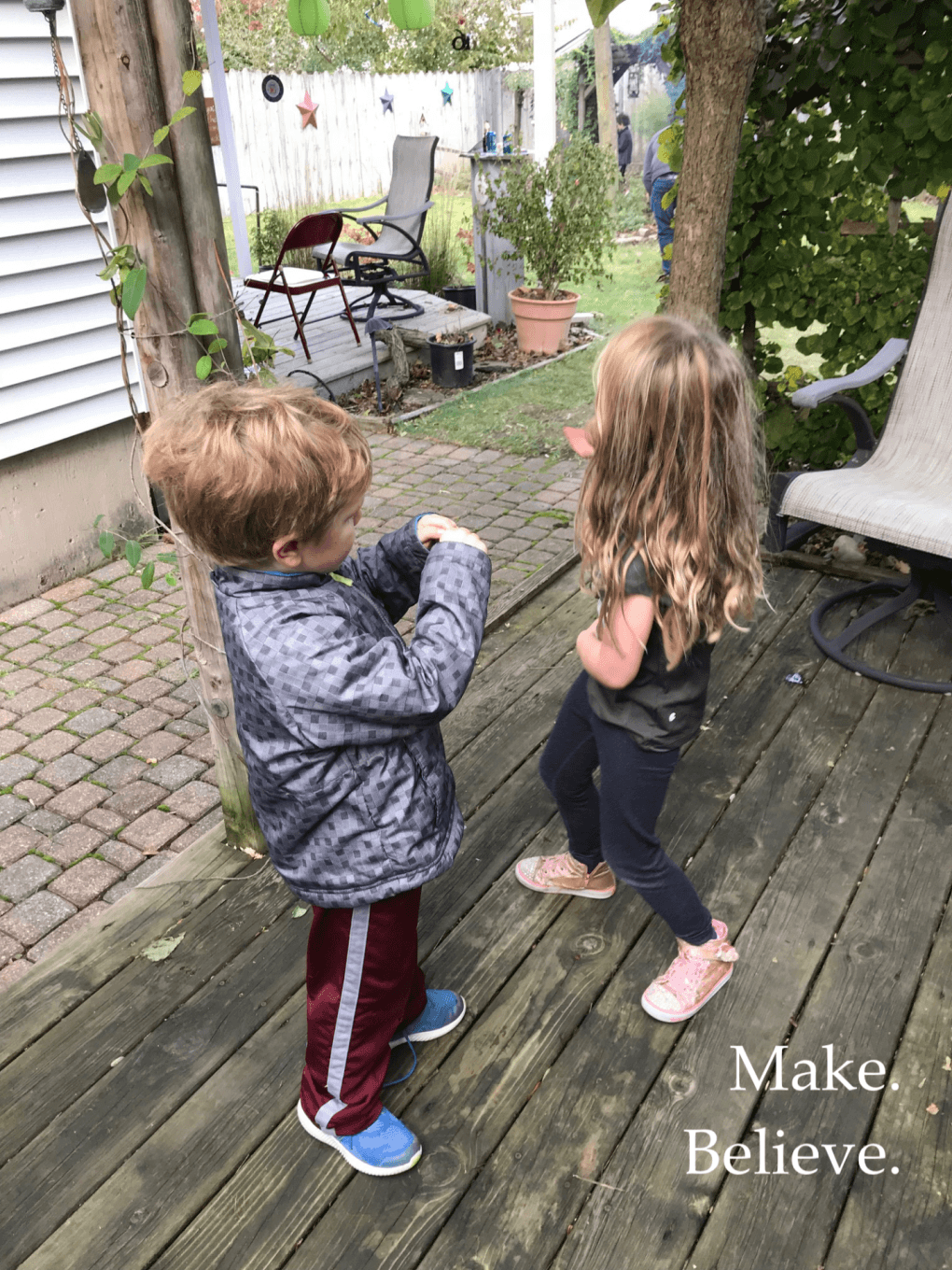 We were at my nephew’s 16th birthday party.  He’s a great kid and our kids love him to pieces.  Essentially, he becomes a jungle gym when we get them together.  This time, however, he was surrounded by his friends.  The party was teaming with enthusiastic 16-year-olds chattering away about whatever it is 16-year-olds chatter away about and patting my nephew on the back.

My kids had trouble making their way into that mix, so they were eventually left to their own imaginations and resourcefulness.  They decided that chasing one another around, finding hiding places and testing the limits of mischievousness would be a perfect direction to in for the afternoon.

That’s when it happened.  The 3-year-old called a staff meeting.  He literally shouted, “Staff Meeting! Staff Meeting!”  The others eventually gathered under the pergola-like structure on the side of the house and waited for further instructions.  I witnessed the phenomenon from a distance and smiled.  I didn’t get involved at first.

Eventually, as the staff meetings increased in frequency the others lost interest.  Sure enough, the 3-three-year old found his calls futile. “Staff meeting! Staff Meeting!”  He continued.  His bothers and sister stopped attending or even responding. They moved on and back to the “limits of mischievousness” exploration.

I couldn’t leave the big guy thinking his staff meetings weren’t important.  He was working so hard to organize them and he seemed to enjoy the so much.  Besides, being someone who facilitates staff meetings myself I thought I might be able to learn a thing or two.  Couldn’t hurt.  She I answered the call.  He smiled and directed me to the spot under the pergola-like structure.

Upon arrive he sat me down and with great vim inquired, “Ok, what type of ninja are you going to be?”

He told me that he would continue to be, “The adorable ninja,” and off we went to skillfully annoy people and be adorable with stealth and cunning.  It was a blast!

As parents and educators we simply must take the time to engage in the strange, wonderful, creative, and unique imaginative play scenarios the kids we serve come up with.

They want to see that pretending is a wonderful pathway to discovery and innovation.

While we teach them the ins and outs of navigating real-world challenges, we’ve got to let ourselves holistically fall into the world of kid play that serves as such a wonderful foundation for their learning, growth, individualized development.