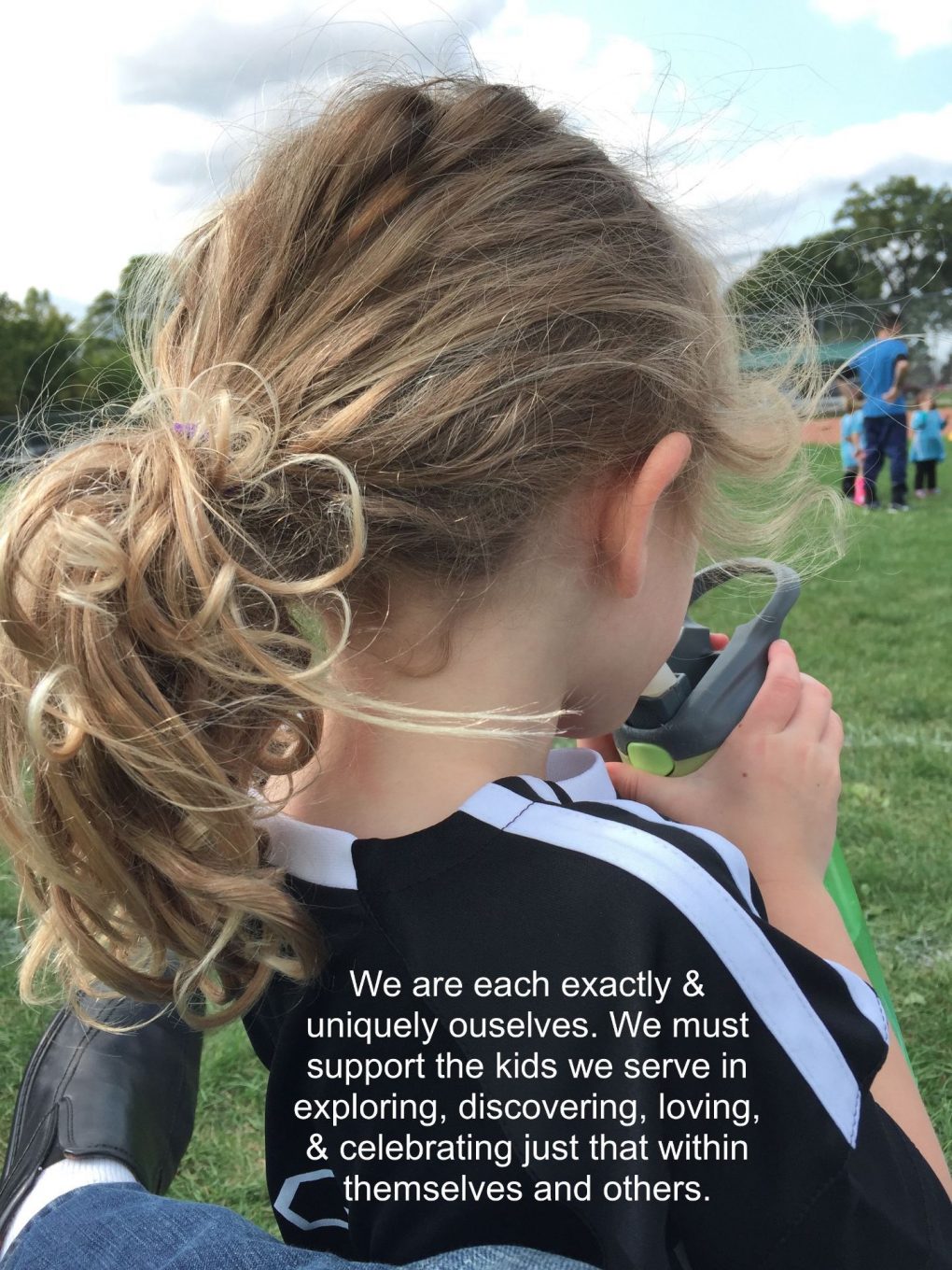 We were in the car on our way to Sunday school. Our oldest asked where our youngest was. I reminded him that his little brother doesn’t go to Sunday school. He gets to stay home with his mommy (or his daddy – depending on the day). The big guy declared, “I wish I was him!”

It’s an interesting thing to wish you were someone else. We often forget, when wishing to be someone else, that if were the “someone else” we’re wishing to be, we would have to be all of them, and not just the desirable part that sounds groovy in the moment.

I told the big guy that if he were his two-year-old brother, not only would he get to stay home during Sunday school, but he would also not know how to read words yet. Instead of finishing the last chapter in his latest Minecraft book, he’d be back to doing “Elephant and Piggie” picture walks, which are fun and exciting, but not the same. His eyes scrunched up, one brow raised, and he gave it some thought.

I told him that if he were the little guy he’d still be scared to go in the basement playroom by himself, he couldn’t ride a two wheeler, he wouldn’t get to go on the water slide at the pool, and “The Lego Movie”…forget about it! Now the wheels were turning.

The three big sibs spiraled into a collective thinking rampage!

“If you were me you wouldn’t…”

Then, like a meteor crashing into the village square, our uniquely sophisticated four-year-old daughter announced, “Hold on, if I were someone else I might not love my favorite color…orange!

The pigment washed out of each of their little faces. A collective gasp resonated through the back seat of the truck cab. Shockwaves shuddered palpably through them.

Wide eyed and confused, they looked around at one another unable to conceive of a world in which this kid’s favorite color wasn’t orange. It would have completely changed her…to the core.

It wasn’t something any one of them could consider without extreme discomfort. Just the thought of it sent them into a bizarre, kid-world, communal grief state of being.

Slumped over and deflated from the impact of such an outlandish paradigm, our six year old sighed, “I’m sure glad you’re you.”

They all shook their heads in agreement before staring out the windows for a few moments of reflective thinking. It was pretty darn cute. I smiled, but held back the laughter so as not to ruin the moment.

So here it is though, and from the hearts, minds and mouths of babes, a pretty solid and simple truth:

We are each what we each are.

Moreover, that we are each solidly and simply what we each are, might very well be for the best thing, for each of us and for each other.

I’ve been told that genuine serenity results only from true fulfilledness in what we are and what we have, rather than wantfullness around that which we are not and that which we don’t have, and while I’m quite certain that neither “fullfilledness” or “wantfullness” are actual words, I agree with the premise.

How do we, as parents and educators, support the kids we serve in finding the type of serenity that comes from self-appreciation?

How do we refrain from pushing and shoving our kids into directions that their spirits don’t advocate for or enjoy?

How do we set a standard expectation for self-love while modeling humility, providing opportunities for interest and ability-driven growth, engaging in interactions that promote understanding, compassion, and kindness, while creating learning environments that afford our kids safe passage along the sometimes painful, but arguable natural and necessary, oscillating pathways of simultaneous progressive-exploration and static-being that are holistically unique to each of them, and do so in conjunction with rich the collective development needed to thrive in this world of diversity?

Frankly, it beats me…but it’s stuff I find worth some reflective consideration as I seek to serve them well.

Meanwhile, I’ll try to stay on course with some good old fashioned modeling. Given that if I were someone else I might not love my favorite color, I think I’ll simply continue being me.