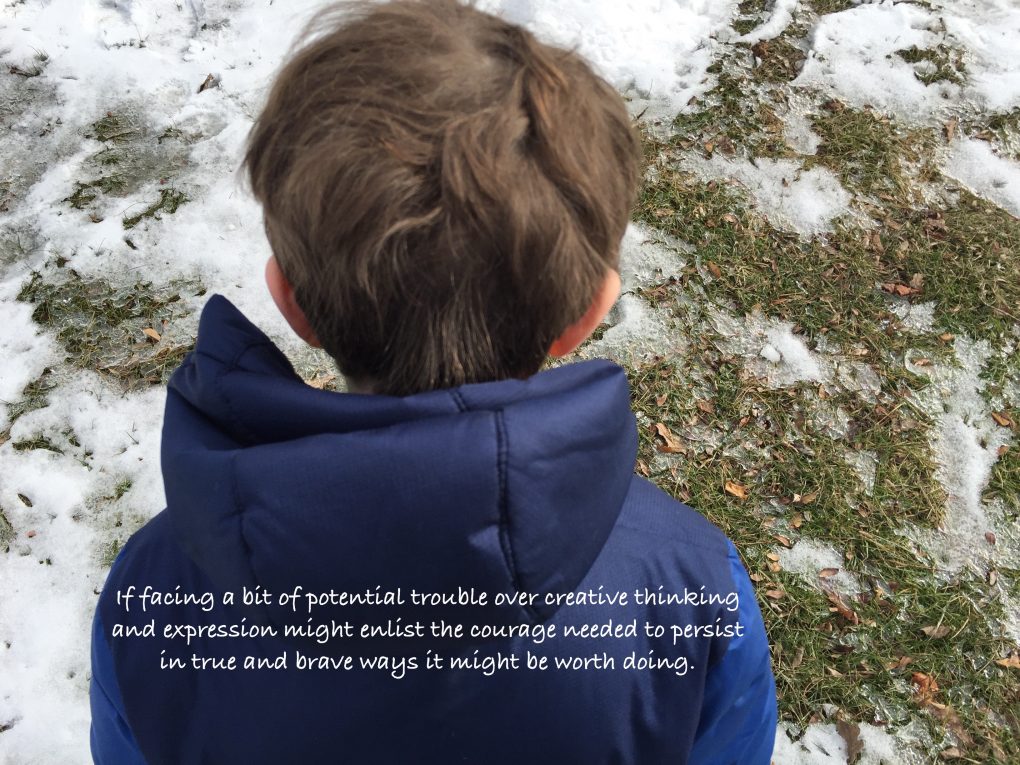 The other day my two oldest boys (7 and 5 years old) told me about a story they were collaborating on. Jolts of delight visibly swirled in their minds and shot light laser beams from their inspired eyes as they revealed the idea.

The story was being constructed on the premise that a kid had realized his super powers in the form of an ability to project boogers from his fingertips. Gooey boogers, crispy boogers, boogers in any state needed for any given challenge.

The Big Bad Nostril is the kid’s nemesis (appropriately, too).

The boys explained that The Big Bad Nostril has the power to blow so hard (out of his nostrils) that he can fly. Booger boy can use crispy boogers to knock him down and gooey boogers to stuff his nostrils so full that his flying powers are nullified.

Who is Booger Boy in the mind of a 7 or 5 year old? Who or what is The Big Bad Nostril?

What does it take for a child to understand the super powers in his or her own arsenal?

What does it take for a child to employ those super powers as needed?

Courage? I think so.

Just before I reminded my boys only to write and talk about Booger Boy and the Big Bad Nostril at home, and not at school, I found some courage of my own, and then I stopped myself.

This line of creative thinking might be a connected source of development regarding their own superpowers, and their ability to use them.

What if they’re figuring out how to be brave?

What if they’re digging into the source of their courage and unfolding pathways to practice overcoming challenges?

What if one of them is Booger Boy?

What they both are?

What the Big Bad Nostril needs to be addressed?

What if this is the boys’ way of getting at it?

What if this is an inspired story that deserves to be written?

What if the development of this story is a part of the process that has my boys growing into confident writers, independent thinkers, self-assured storytellers, reflective dreamers, and courageous seekers of tools and strategies designed to help them face and overcome any number of the inevitable challenges that they will each encounter over the course of their lives?

What if giving way to my hesitation, as founded by my perhaps baseless concern over the potential trouble these two unsuspecting young authors could face over the public exploration of this subject matter, is a super power in and of itself?

What if facing a bit of potential trouble over their creative thinking and expression might enlist just the courage they need to persist in true and brave ways?

It does take courage to grow up and become who you really are. I know this because I still need it at every turn; closer and closer each day, and still needing courage along the way.

Note to self: Be brave, and teach your children the same.