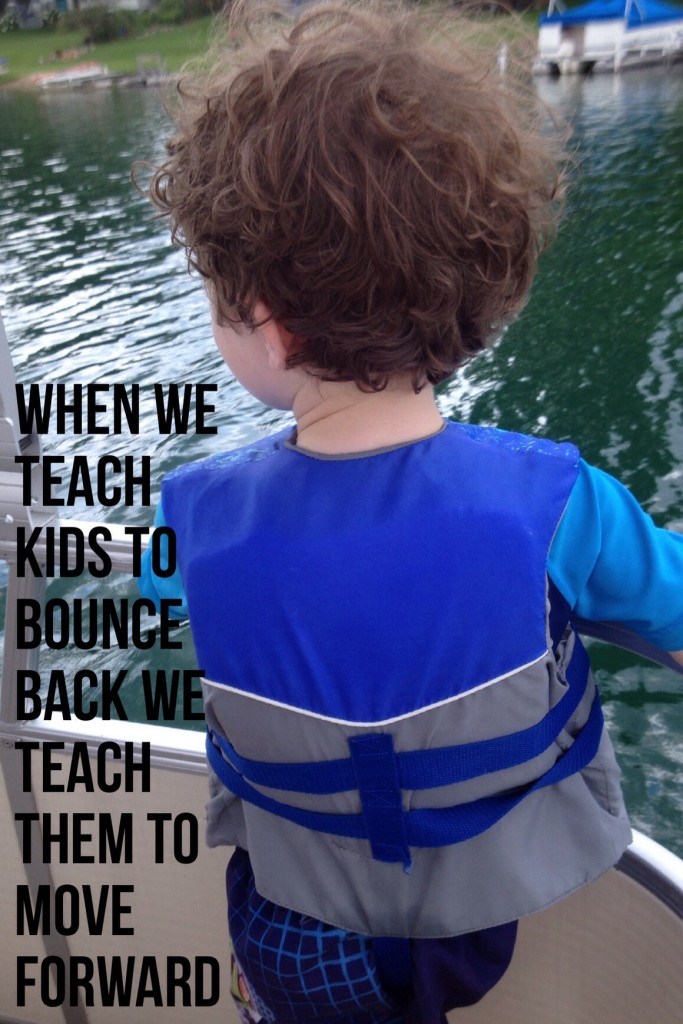 We we’re playing in the basement the other day. One of the “Bigs” (what we occasionally call our 4 and 5 yr olds) and one of the “Littles” (what we occasionally call our 8 month old and 2 yr old) we’re having fun standing on chairs. Of course I told them that standing on chairs often leads to unfortunate outcomes. I suggested that they rethink the activity in favor of a less dangerous one. They could build with blocks, they could color, they could race toy cars. With what seems to be at least 1/3 of the world’s toys at their disposal and a goofy Dad ready and willing to be climbed on, jumped on, ridden like a horse, or transformed into a tickle monster, they would not acquiesce. Standing on chairs was simply too much fun.

Besides, they weren’t as concerned as I was. In fact, they didn’t seem to be concerned at all. Without missing a beat or even looking up from his chair-standing the Big told me, “I’m being careful.” I could tell by the wild-eyed look on his face combined with the shrieks of exhilarated joy escaping his lungs that he wasn’t. In fact he was being careless, which as you know, is specifically the opposite of careful. Shortly thereafter he fell, then he cried, and then I “told him so” (dad of the year). After that we hugged for a bit, which was nice.

Instead, he fell. Thankfully he wasn’t injured. The fact is, he’s going to fall again. Maybe the best thing to so is help him develop into the type of guy who makes relatively safe decisions while taking reasonable risks, and then help him build recovery and learning skills and strategies that foster “getting back up” style growth:).

Kids aren’t really lying…they’re learning.  Our job is to help without getting in the way.