I worked in the retail coffee business for almost a decade before I went into education.  As a barista, I frequently encountered customers ordering “a grande coffee in a venti cup.”  I never encountered a single customer ordering “a venti coffee in a grande cup.”  As you may know, a grande is smaller than a venti.  I think that the “grande in a venti cup” plan takes into account some room for cream & possibly a diminished capacity to spill.  On the surface, the “venti in a grande cup” seems less than possible, slightly absurd, and at best, a rather messy proposition.

Less Than Possible:  Guess what, lost of stuff seems less than possible.  How likely does is seem that a seventeen-year-old high school student could/would figure out a way to decipher an on-line design, and then use a 3D printer to generate a working prosthetic hand for the child of a family friend who was born without fingers?  Does it not seem a bit far-fetched that the seventeen-year-old high school student would then start a non-profit organization deigned to generate money for the purchase of his own 3D printer and materials so that he could make more low cost prosthetics for others in need?  It’s not something that you hear about every day, but it is possible.  In part, I know that because it happened in Overland Park, Kansas.  Check it out at: http://www.kctv5.com/story/24717704/teen-uses-3-d-printer-to-make-hand-for-boy.

Who’d a thunk!?  These folks I guess.  And not only did they “thunk,” but they believed, and then they did it!  Maybe the imagination of young people and/or people craving miracles is equipped with the capacity to believe in what others might consider less than possible.  Maybe all of our imaginations are equipped with that capacity.  I think that educators should be accessing it as standard practice, on a regular and ongoing basis.  I think that we should scaffold every decision we make and every action we take with the idea that anything is possible.  I know that many do.  Do you?  If not, maybe it’s a practice worth considering.

Slightly Absurd:  How would you fill a “venti in a grande cup” order?  Would you stare blankly or laugh at the customer asking?  Maybe she likes really hot coffee.  Maybe when she gets a full Venti it goes cold more quickly than she’d like.  Maybe she’s thinking of drinking the coffee in-house while reading her paper, and taking it in two parts…one part now, and another still really hot part later; A venti in total, but not all at the same time.  Who knows?  Maybe she’s thinking something all together different, but maybe it’s not absurd to her.  Maybe it’s not absurd at all.

A cup of coffee is one thing.  What about difference-making, life-changing, earth-shaking absurdities?  It’s definitely absurd to think that a four-year-old cancer patient and her brother could raise two thousand dollars in one day with a lemonade stand.  It’s even more absurd to think that by the time she passed away at eight-years-old her idea and inspiration had generated over one million dollars for childhood cancer research.  What about the incredibly absurd idea that over the past thirteen years, Alex’s Lemonade Stand Foundation has raised in the area of eighty million dollars for the cause?  Eighty million dollars!  Absurd…maybe.  True…indeed.  Read more here: http://www.alexslemonade.org/.

Rather Messy:  Would it be all right if some coffee spilled on the counter while exploring a customer’s “out of the box” idea?  I think so.  Life is jam-packed with spills.  Sometimes they take us to places we would not have otherwise thought to go.  Educators are constantly looking for ways to provide students with opportunities to think, learn, grow, act, interact, fail, and succeed like they would (do & will) in the “real world.”  We are working to help them become college, career, and life ready.  Well, they happen to be living in the “real world” right now.  As I compose this post, my students are working through “real world” challenges that are deeply impacting their learning and growth.  Some of those challenges are rather messy.  I know many incredible educators who do amazing jobs of making sure that the challenges their student face in class reflect the demands of “real world” challenges.  Through project based learning, inquiry & interest driven curricular design, student centered instructional practices, effective formal and informal data collection and analysis, and more, those incredible teachers are somehow comfortable with the idea that learning can be rather messy, and that given our desire to provide “real world” learning opportunities…maybe it should be.  Take a look at this great piece from ASCD for some food for messy thought: http://www.ascd.org/publications/educational-leadership/sept09/vol67/num01/Managing-Messy-Learning.aspx.

So:  Think about the possibility of limitless possibilities, consider that absurd ideas (slight or otherwise) might make sense after all, and get messy.  Teach and lead with wild & ever-growing potential on your mind and in your heart.  Model that mode.  Encourage and celebrate curiosity, enthusiastic exploration, and the embracing of incredible challenges among the learners that you serve.  Who knows…it might just work. 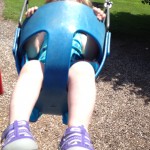