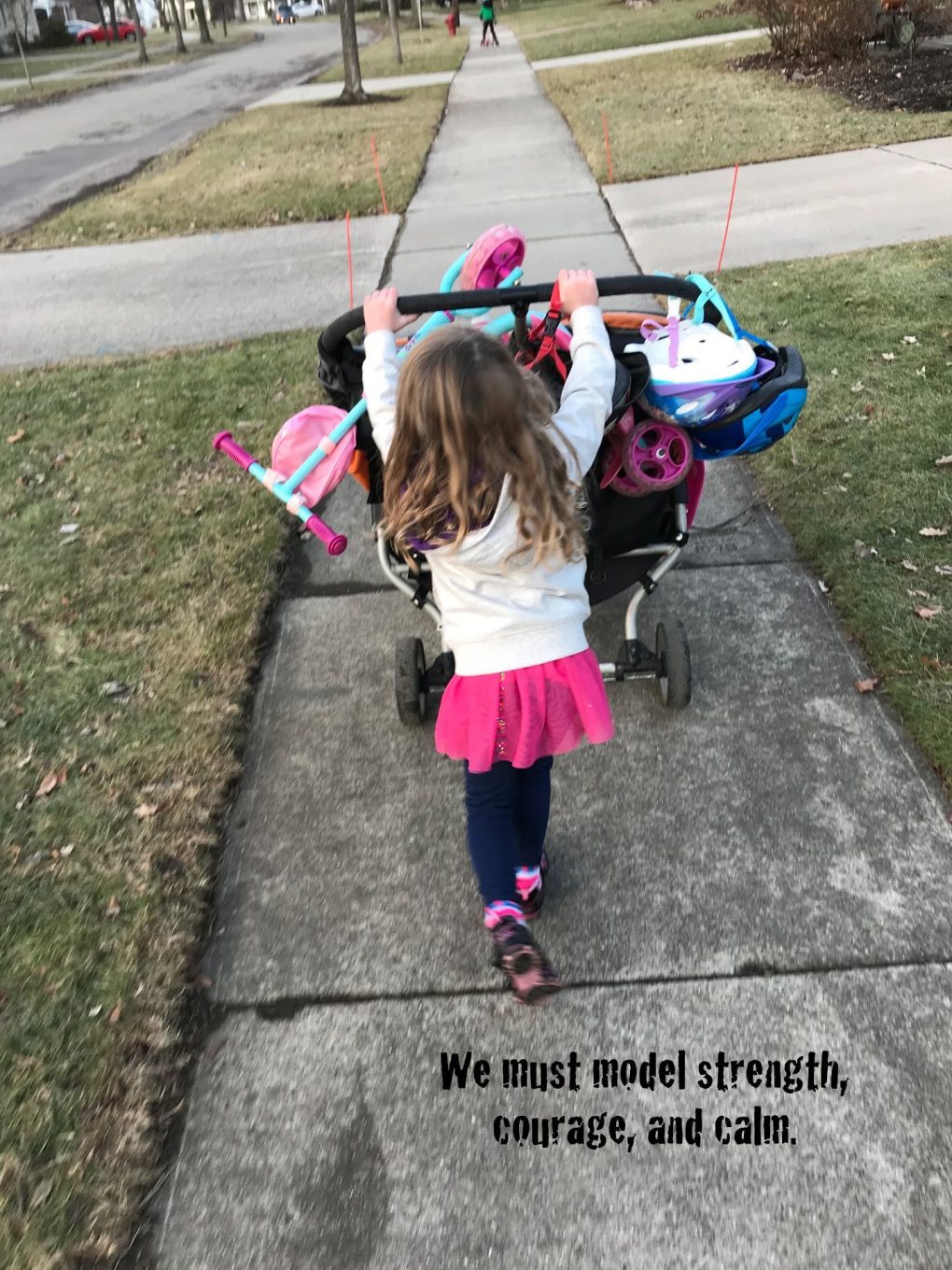 Once, when I was upset, a calm, thoughtful person suggested that I imagine a pond.

I didn’t want to imagine a pond. I wanted to push.

I was upset. I was having trouble seeing past the upset.

I don’t remember if I did it then, but I have done it since, and here’s how it goes:

Imagine that you’re sitting near the pond, possibly on a log or a bench. Maybe with your legs folded on a bed of soft grass.

Imagine that you’re looking across the pond from above.

Imagine the specks of light from a soft morning sun that are dancing playfully on its surface.

Imagine shifting a bit. Imagine leaning over and looking down from above.

Imagine that the surface of the pond is flawlessly still and that the crystal clear gaps between the dancing, playful specks of soft morning sunlight reveal a world of light and life when your eyes adjust away from the reflection of tree branches and cotton clouds above.

Imagine a few carp gliding along in synchronicity.

Imagine a wise old turtle making his way across the sandy bottom.

Imagine a leaf, slowly descending, waterlogged and sinking past the calm action beneath. Let you mind’s eye follow its gentle path.

Now, imagine a raindrop. Imagine a single raindrop breaking the glassy surface of your pond. One at first followed by more.

Imagine the equal and opposite, perfectly symmetrical bowl of a fracture in your calm surface that each drop perpetuates. Imagine the rimmed spray that defines each fractured center and shape. Imagine the impact of each drop and how it alters the surface of the pond, the world beneath, and state of your mind.

Imagine that the soft drops become a spattering.

Imagine that the sky goes dark.

Imagine that you can no longer see beneath.

Imaging that the surface of your pond is no longer translucent but wild, dark, disturbed, harsh and opaque.

Imagine that the world beneath is no longer available to you.

Imagine that you’ve forgotten all about the synchronicity of the carp, the wisdom of the turtle, the complexity and beauty of the rocks, and the soft, organically purposeful pathway of the descending leaf.

Imagine that you are now only encased in the wild pounding of the dark cold rain, and watching it also pound on the now rough surface of your once calm pond.

Now, do you remember wishing for telekinetic powers as a child? Did you ever sit at a table, staring at a pencil or a playing card, waiting for in to move in response to the incredible powers of your mind? Do you remember believing that it would?

Good news. You have such powers.

When our minds are cloudy, when we’re inside the storm that come with stress, anxiety, anger, and fear, when we can’t see past the hard, cold, pounding rain and dark clouds, we tend to want to push.

We tend to need to.

We tend to push with, and even against our own will.

We tend to push at others.

We tend to communicate less effectively than we otherwise would.

We tend to push our priorities and our best selves aside.

We tend to see increasingly less clearly with each push.

We tend to need to actively release the negative. Ironically, we tend to exacerbate it with our efforts, and we tend to diminish relations with others and with ourselves in the process.

We need to push and we should.

A calm, thoughtful person, by way of suggesting that I imagine a pond, guided me to thinking about the good push and away from the bad, harmful, counterproductive pushing of a clouded mind.

Here you sit, in your imagined storm, over your disrupted pond, under your dark, invented, limiting sky. It’s time for the good push. It’s time to enlist the telekinetic powers you’ve always known you have. It’s time to build the muscle that harnesses your strength and taps your courage and enlists your calm and expands your vision and steadies you mind.

Now head back to the stormy pond-scape you were imagining and try this:

Imagine that the pure power of your will slowly wipes the dark away from the sky.

Imagine that the cotton clouds move in as the dark sky moves out, and that the soft morning sun peeks through once again and scattered, glistening rays along with it.

Imagine the storm slows to a shower, and that the shower slows to sprinkle, and that the sprinkle slows to a misty dew floating above the now calm-again surface of your pond, before it lifts in smooth synchronicity into the sky and dissolves before your eyes.

Take in the feel and the smell of an imagined world renewed, refreshed, and calm.

Imagine bending your head and reconnecting with the surface and the specks of light from a soft morning sun that were once and are now once again dancing playfully upon it.

Imagine shifting again. Imagine leaning over once more and looking down from above.

Imagine, like you did before, that the surface of the pond is flawlessly still and that the crystal clear gaps between the dancing, playful specks of soft morning sunlight reveal the same world of light and life when your eyes again adjust away from the reflection of tree branches and cotton clouds above as it previously had.

Imagine the carp gliding along in synchronicity.

Imagine the wise old turtle making his was across the sandy bottom.

Imagine the rocks, smooth and jagged, dark and light, big and small.

Imagine the leaf, still slowly descending, waterlogged and sinking past the calm action beneath. Once again, let you mind’s eye follow its gentle path.

We tend to hold true a misnomer that in order to be productive we must think of the myriad things on our proverbial plates, to organize and attend to them, to focus hard on the clutter rather than the calm.

A mind is like a pond in that there is world of light and life inside of it that is difficult to engage with during the storm.

It’s not enough to wait for the calm. It’s not enough know that the storm will eventually pass. We still need to push; it’s a part of who we are. If we simply wait, we tend to push in wounding ways. Hurt people hurt people, right?

We must embrace the storms as they hit. However, we must enlist the good push, even by manufacturing the need and applying it repeatedly.

We each have the power. We must practice. We must forgive ourselves when we fail, which we will, and we must press on with the notion that a foundation of optimism, a commitment to positive tones in thought, voice, and action, and a dedication to calm minds can enhance this world for us, for those we serve, and for those we serve with.

Parents and educators, we must model strength, courage, and calm in this way for our children.

In short, I urge you to take a moment when you can (even if you think you can’t), and imagine a pond.