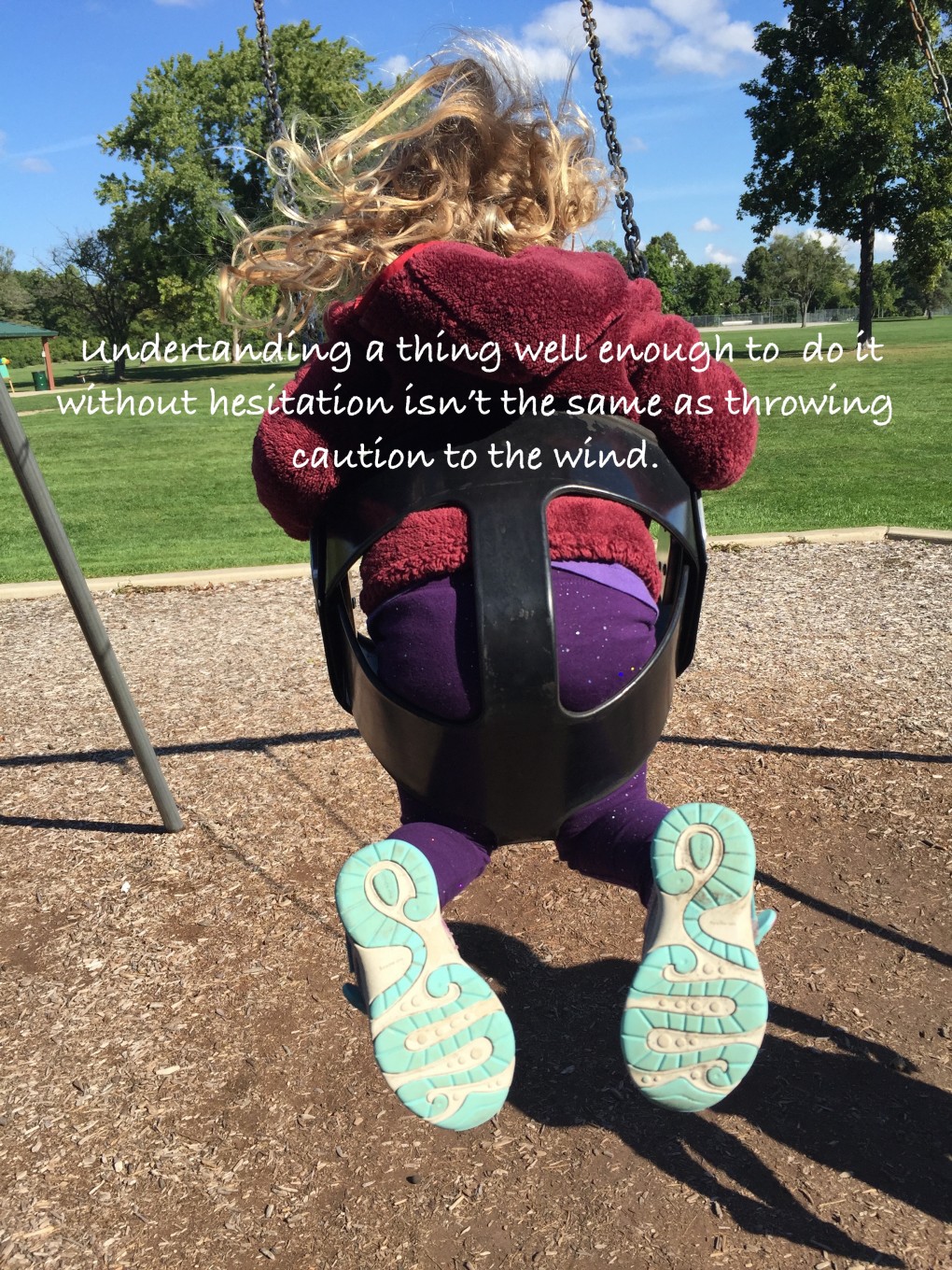 Abraham Lincoln once said, “Tact is the ability to describe others as they see themselves.”

Stephen Covey encourages us to seek understanding of those we partner with and serve as the foundation of relationship building and communication.

The Dalai Lama contends, “The more we care for the happiness of others, the greater is our own sense of well-being.”

And Eeyore so eloquently reminds us, “Weeds are flowers too, once you get to know them.”

I believe that reflection can be a driver of growth when coupled with the understanding that stumbling cause us to practice regaining balance, that falling force us to practice dusting ourselves off and getting back up, and that challenge in all forms lead us to triumph we might otherwise consider out of reach, or worse yet, find unimaginable.

I believe we need reflection in order to press on in right ways. I believe we must process each moment with a certain degree of consideration and patience.

I would suggest with great fervor that authentic and effective learning and leadership calls for us to imagine experiential reflectivity as a catalysts to self-improvement, and then to interweave the imagining of such with a wholehearted consideration that our subsequently enhanced selves might just serve to enhance the world in which we live, and finally have a positive impact on the well being and happiness of those we serve, including ourselves.

However, as a dedicated reflective learner I have cause to wonder if there are times in which deep, reflective thinking can stifle progress. It is through that wondering that I found a possible connection between reflection in learning and leadership, and tact.

In his Article, “Reflection in Education: A Kantian Epistemology” Henk Procee points out that Van Manen shakes up thinking about reflection by brining in the idea of tact and pointing to the following three related components:

“1. A highly developed sensitivity to situations and persons; 2) a well-cultivated capacity to combine heterogeneous aspects, without having explicit rules for doing so; and 3) the unique role of the individual involved in this process.”

In other words, if you buy into that tact plays a potentially contrary role to reflection in learning and leadership, even only in certain discernable instances, you might consider listening rather than speaking, seeking to understand others well enough to at least consider the lenses through which they see the world (and their pathways within it), and to always recognize the splendor and value you know exists in the multitude of beautiful weeds that spring up around us as reminders of what our eyes are capable of beholding if only we would let them.

In other, other words, there might be time in which we’ve already reflected enough to simply trust ourselves and act.